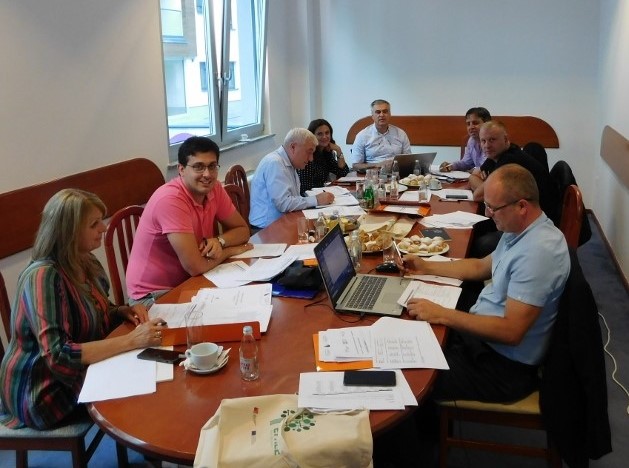 The Agency for Pre-Primary, Primary and Secondary Education of BiH, as a local partner of the TO REGOS project, has organized and coordinated a series of meetings of the Working Group on the Development of Occupational Standards for the Occupation of the Hotel and Restaurant Technician (H-RT). The process of developing the H-RT standards encompassed the preparation, writing and verification phases and was implemented from August 2019 to February 2020. The phase of writing the standards was implemented through 6 meetings / workshops (3 + 1 at the BiH level and 3 at the regional level). The Working Group for the Development of Standards in BiH was composed of experts from the hospitality and tourism sector from different parts of BiH whose work was organized and moderated, on behalf of APOSO, by Dušan Sarajlić a project coordinator for BiH.

Methodologically, the project was implemented successively through activities at local level (individual state level) and joint activities at regional level. The BiH Working Group, under the coordination of APOSO, developed preliminary draft standards, then this proposal was harmonized at the regional level with the draft standards of other participating countries in the project, and in the end the final standards were drafted at the concluding meeting of the BiH Working Group.

The concluding meeting of the Working Group on the Development of Occupational Standards for the Hotel and Restaurant Technician in BiH was organized on 6 and 7 February 2020 in Banja Luka.